Hiking the Ruwenzori’s is a major highlight for travelers who choose this 7Days/6Nights Uganda Safari tour;  a range of mountains in eastern equatorial Africa, located on the border between Uganda and the Democratic Republic of the Congo with its highest peak elevating at  5,109 metres (16,762 ft)

This Safari in Uganda attracts all types of travelers ranging from Solo, small and Large group travelers. 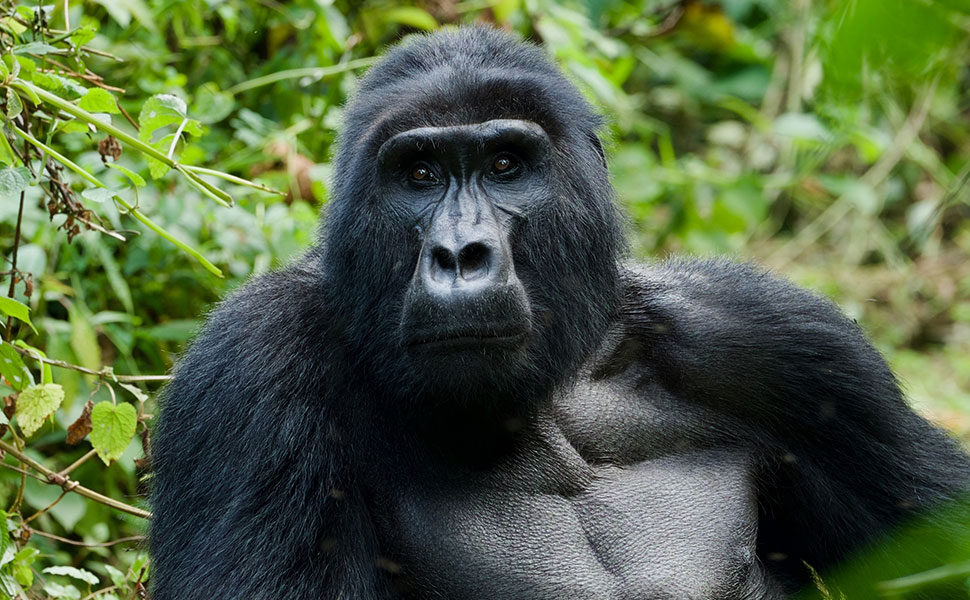 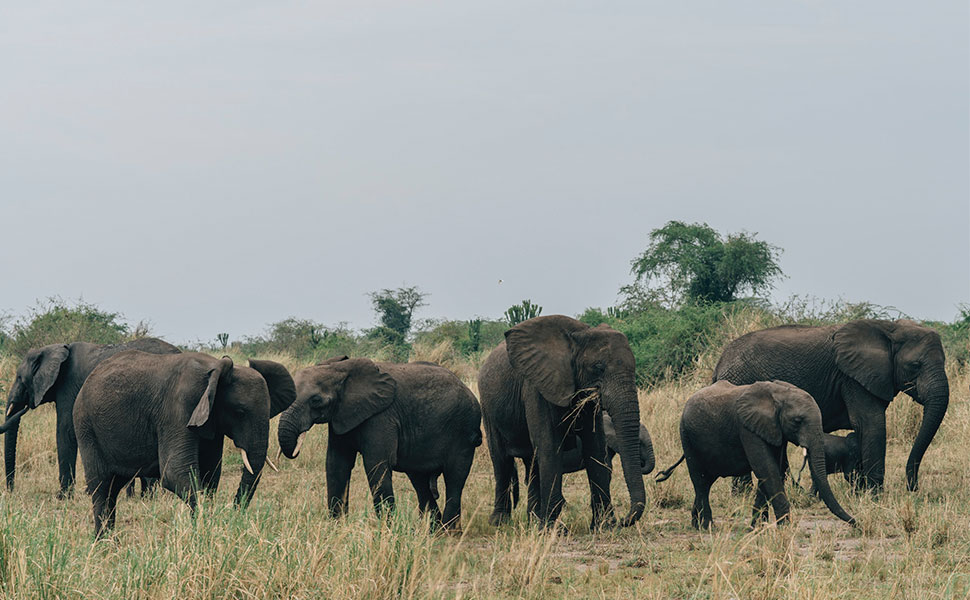 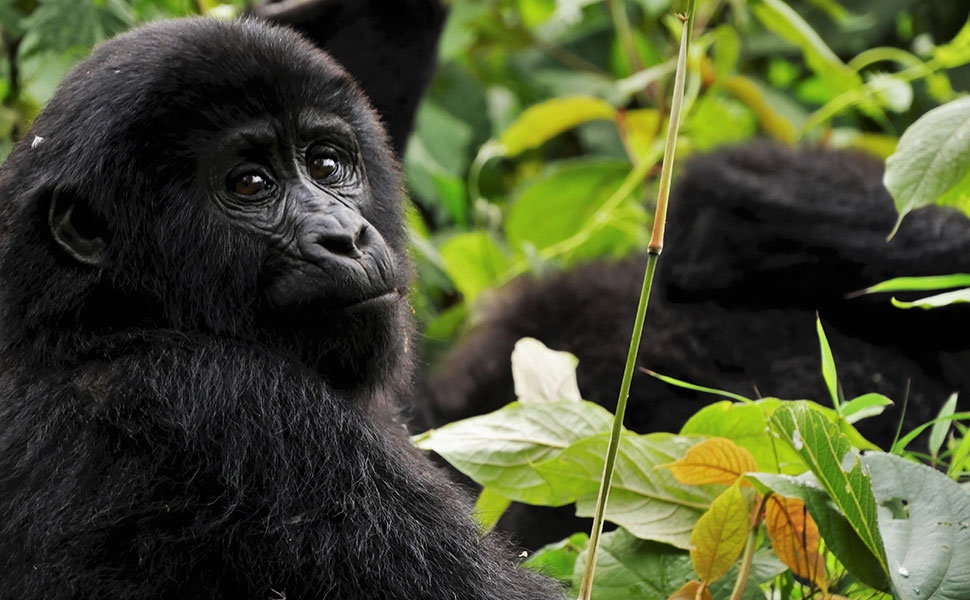 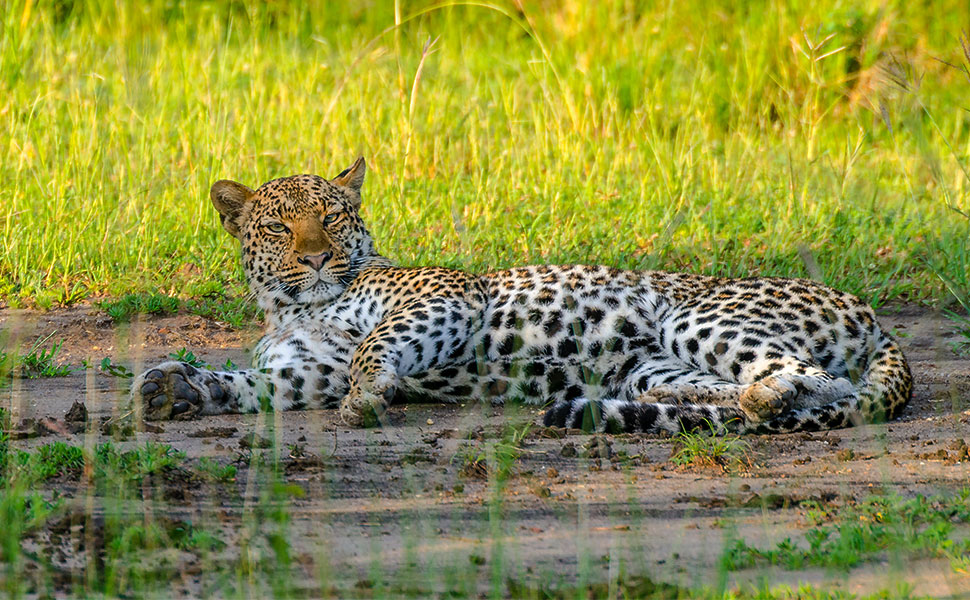 This National Park occupies an estimated 1,978 square kilometres (764 sq mi).[5] The park extends from Lake George in the north-east to Lake Edward in the south-west and includes the Kazinga Channel connecting the two lakes.

Queen Elizabeth National Park is known for its wildlife, including African buffalo, Ugandan kob, hippopotamus, giant forest hog, warthog, Nile crocodile, African bush elephant, African leopard, lion, and chimpanzee. It is home to 95 mammal species and over 500 bird species. The area around Ishasha in Rukungiri District is famous for its tree-climbing lions, whose males sport black manes. Poachers killed six elephants in the park in 2015, triggering both anger and frustration within the Ugandan conservation community

The Bwindi Impenetrable Forest is a large primeval forest located in south-western Uganda in the Kanungu District. The forest is on the edge of the Albertine Rift, the western branch of the East African Rift, at elevations ranging from 1,160 to 2,607 metres (3,806 to 8,553 ft.).

Bwindi Impenetrable National Park lies in southwestern Uganda on the edge of the Rift Valley. Its mist-covered hillsides are blanketed by one of Uganda’s oldest and most biologically diverse rainforests, which dates back over 25,000 years and contains almost 400 species of plants. More famously, this “impenetrable forest” also protects an estimated 400 mountain gorillas – roughly half of the world’s population, including several habituated groups, which can be tracked.

Kibale Forest is one of the last remaining expanses to contain both lowland and montane forests. In eastern Africa, it sustains the last significant expanse of pre-montane forest.

The park was gazetted in 1932 and formally established in 1993 to protect a large area of forest previously managed as a logged forest reserve. The park forms a continuous forest with Queen Elizabeth National Park. This adjoining of the parks creates a 180 kilometres (110 mi) wildlife corridor. It is an important eco-tourism and safari destination, popular for its population of habituated chimpanzees and twelve other species of primates

Early morning after your breakfast, you will be picked up from your overnight accommodation; you will then be transferred to Bwindi Impenetrable Forest National Park.

On arrival you will check into your accommodation and later have your dinner and overnight.

Lunch will be Enroute at Igongo Cultural Center

After breakfast you will head straight to the briefing point; here you will attend briefing and later begin your gorilla trekking.

This will last you upto 6hrs; thereafter you will embark on a journey to Rwenzori Mountain National Park.

Lunch will be Enroute at Muko Heritage Lodge on the Shores of Lake Bunyonyi.

On arrival you will check into your accommodation and later have your dinner and overnight.

After an early morning breakfast, you will begin your trail begin and stretch through a farmland all the way to the park boundary expecting sightings of the famous Mubuku River.

During this 6-8hr trek expect sightings of different wildlife; for example, the black and white colobus, blue monkey, the great blue turaco and chimpanzees.

Early morning after breakfast, you will begin your hike from Nyabitaba following the trail that passes Kurt Shafer Bridge above the convergence of River Bujuku & River Mubuku.

This will lead you to the Nyamuleju rock shelter; from here you should expect sightings of Mount Speke & Mount Stanley; later you will arrive at the John Matte Hut

After breakfast you will begin your descend John Matte through the same trail to Nyabitaba Camp; on arrival you will have your lunch at Nyabitaba Camp.

Later you will have your dinner & overnight.

After Breakfast, you will descend from Nyabitaba Camp to Ruboni Community Rest Camp; on arrival, you will have your lunch and later embark on a journey to Kibale Forest National Park.

On arrival you will check into your accommodation and later have your dinner & overnight.

After an early lunch, you will embark on a journey to arrive in Kampala; early evening.

WHAT TO CARRY WHILE ON THIS SAFARI

Please fill out the form below.
We will get back to you shortly to finalize your booking.